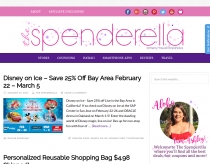 Hurry to Amazon to catch this awesome deal on this super popular game!  This is a great game to play with kids, family and friends!

Last night my in-laws came in and I busted the Watch Ya Mouth Throwdown Edition Card Game out to play with them!  The above picture is me trying to give clues about Beyonce so I stood up and sang 'Put a Ring On It' while having a mouthguard in my mouth.  The game basically involves doing stuff with a mouthguard, straws and more!

My Mother in-law was probably the funniest for this game.  She isn't typically one that likes to loosen up but when she is with us, I make it my job to make sure she has fun!

This is my in-laws having a drinking contest.  It was just water but you could put whatever you want in it!

Paw-Paw John (what the kids call him) won the drink off!

Watch Ya Mouth Throwdown Edition Card Game is a must have game in your home!  It brings the creativity and fun out!

During the holidays do you get together with your friends and family and play the top holiday toy game of the year?  If so you won't want to miss out on this deal for the game of the year!Watch Ya' Mouth Throwdown Edition Card Game, Family Bundle has already been Awarded Top Holiday Toy of 2017 by Toy Insider & selected for the 2017 Amazon Holiday Toy List.

Watch Ya' Mouth Throwdown Edition Card Game, Family Bundle is the evolution of the original, wildly popular, hilarious Watch Ya' Mouth game. Rather than just speak phrases, players now go head-to-head with hilarious and challenging tasks - while wearing mouthpieces. Throwdown Edition takes competition - and laughter - to the next level and builds on the multigenerational gaming phenomena.

Want a hilarious family game to play during the Holidays? Your search is over.  Also, these games make great white elephant gifts!!

Leave a Comment
submit a review Join our blog team

Proud Member of The US Family Guide Network